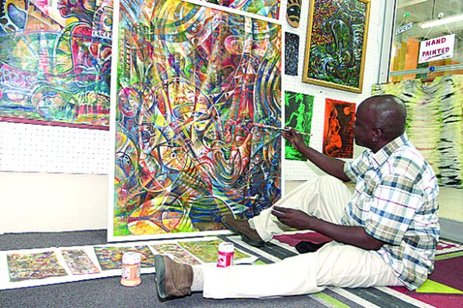 
Born and raised in Belmont, Port of Spain, Trinidad, Bari started painting professionally in 1988. He attended John's School of Art in Port of Spain and the School of Continuing Studies, University of the West Indies between 1987-1990.  Since then he has mounted several one-man exhibitions and regularly participates in many national cultural displays and extravaganzas for celebrations such as Emancipation, Independence, Carnival, Divali and Best Village Folk Fair. Comfortable with most media, he prolifically paints in both realistic and semi-abstract styles. Some of Bari's public murals can be seen at the lobbies of the Cruise Ship Complex, Pan American Plaza and Casa Belle to name a few.


In September 2002 Bari's painting entitled "De Future Looks Bright" was voted most outstanding at the National "Forty Years of Independence" Art Exhibition held at the Central Bank Concourse. His painting "From Conception to Pluto" was one of the pieces chosen to represent Trinidad at the Visual Art Exhibition of CARIFESTA X, 2008 held in Guyana. Bari is also the resident artist/designer of the successful Belmont Freetown Cultural Arts & Folk Performing Company.


In addition to fine arts, for the last  13 years Bari has been the designer for the Jouvert Band H.W.M.C and Associates, based at #4 Jerningham Avenue Belmont. He has also provided tuition to art students on request. Very family oriented, he confesses to being sincerely in love with his country and the good works of his country men. 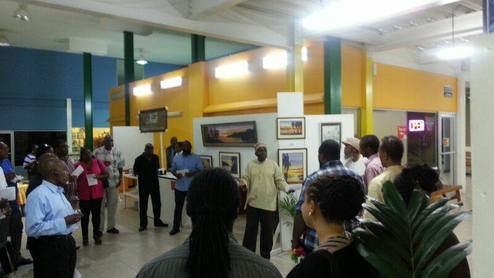